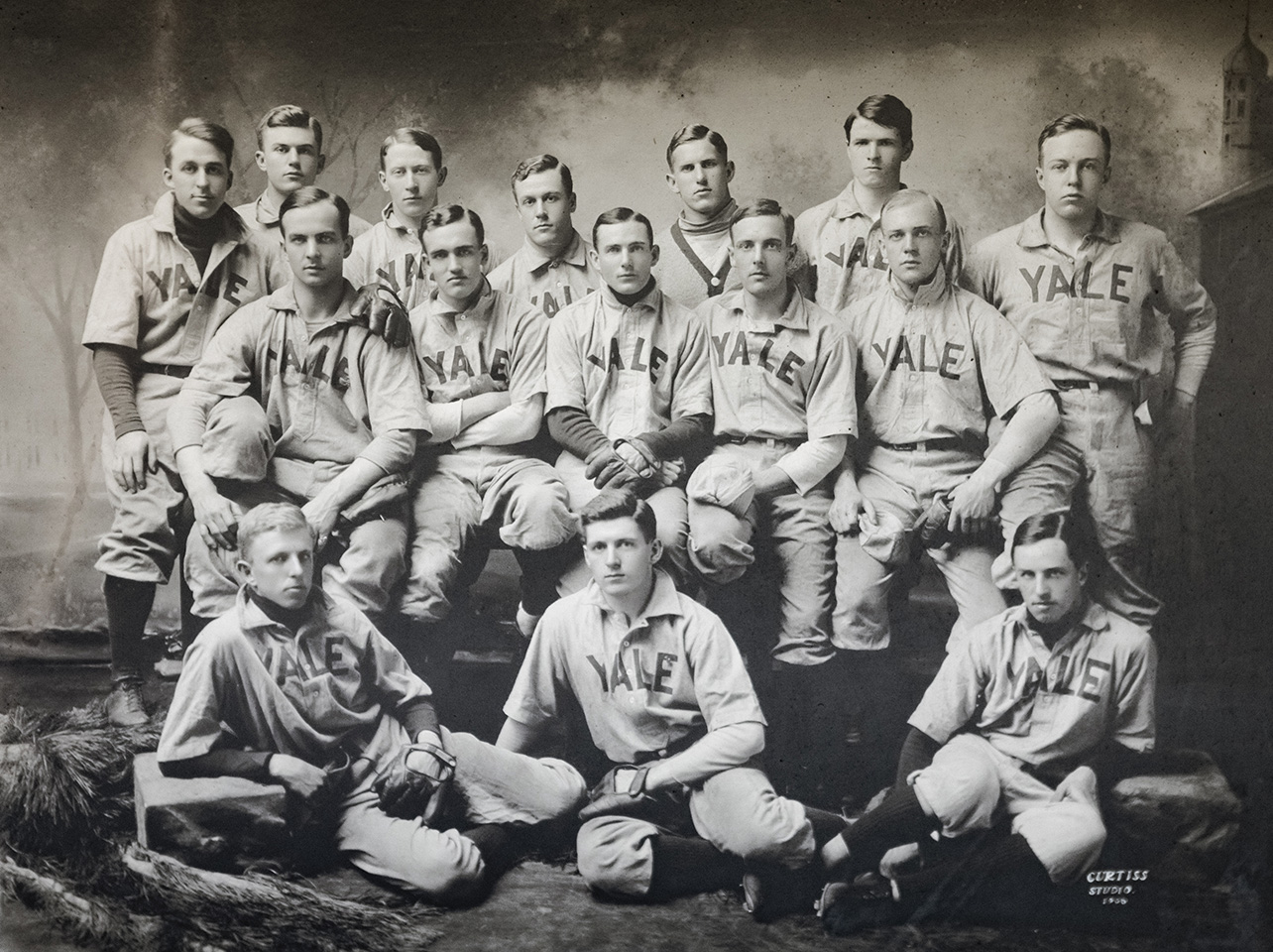 I should start off by saying that the two aren’t really connected other than by the bridge that I am about to describe. Frankly, I don’t know if my Great Grandfather even had an interest in hockey, he died roughly 30 years before I was even born. And all I know about him is through family stories and Google. But if you’ve known me for any length of time, then you’ve probably heard me talk about him.

In addition, this article or blog post or whatever this is, is quite a resemblance of myself – scattered and connected by bridges that only I seem to see. Also, I like history, sports, and sports history.

The extent of the story of my Great Grandfather, Schuyler Merritt Meyer (Sr.), that I know, begins in his college days, where he attended Yale during the years 1904 – 1907. Not only was he supposedly a captain of the team at one point, but he was also really good. A pitcher, so good that he was given the nickname “Christy” after the Hall of Fame Major League pitcher, Christy Mathewson.

For those of you that don’t know Christy Mathewson, he pitched for the New York Giants (before the Giants moved to San Francisco) from 1900-1916, and then shipped off to Europe to fight in WWI. In 1936, Mathewson was inducted into the first class of the Baseball Hall of Fame along with some other big names (Babe Ruth, Ty Cobb, Honus Wagner, and Walter Johnson).

For my Great Grandfather, to be given such a nickname, seems like quite the compliment. Other people seemed to think so too. Apparently, as the story goes, my Great Grandfather, was asked by the New York Giants to play for them after college. To pitch alongside Christy Mathewson, that would have been an insane 1-2 punch for their rotation.

A quick footnote: In my correspondence with the Yale Archives, it appears that the entire Yale Baseball Team during those years were really good. While the full archives were closed due to the pandemic, I was given some team records from the time period. The team won 900 games and only lost 528 in those four years. They sometimes drew crowds of 18,000 to their games. They also even got to play at the Polo Grounds once, (a Major League Stadium, home to the New York Giants, until its demolition in 1963).

But alas, my Great Grandfather never did play in the Major Leagues. He turned down the offer because… “baseball players didn’t make a lot of money”. I would like to assume there is more to the story than that, but that is the only reason I know of. Now, this is where the bridge to women’s hockey begins to appear.

Another quick footnote: My Great Grandfather, would eventually go on to become a lawyer, and then a New York State Senator, where he helped break up corruption in New York City in the 1920s, or as the story goes.

So what does some random baseball-playing senator have to do with women’s hockey?

Well, in the unfortunate reality of women’s hockey at the moment (in addition to many of the other women’s sports), the majority of the players don’t make a lot of money. And many of them need to work multiple jobs in addition to playing hockey at a professional level.

My Great Grandfather decided not to play Major League Baseball because of the lack of money. I sometimes wonder how many Hall of Fame calibur women’s players have had to step away from the game because they can’t afford it. Or similarly, how much better they could be if they were able to focus on their craft 100% of the time, like their male counterparts.

Additionally, the college games in both prove that the respective sports can and will draw and sell crowds. My Great Grandfather’s team bringing in 15 and 18 thousand fans to some of their games, while last season the Wisconsin Badgers Women’s Hockey team brought 15,000 to one of their games.

Is women’s hockey 100 years behind baseball? At this current moment in time, it would seem so. The popularity, the salaries of the players, the accessibility. Will it take another 100 years for women’s hockey to reach the level Baseball is now? I don’t think so. The ball for women’s hockey is rolling and it’s speeding up. With the ability to stream games online all over the world and the influence of social media, women’s hockey (and other sports) will continue to grow. With more fans and ticket sales, comes more sponsorships and money to the players, which brings better equipment and bigger arenas, which brings more fans and ticket sales, etc. Naturally, this won’t happen overnight. But if the ball can continue gaining momentum, this won’t be too far away either.

At this point you may still be scratching your head, thinking, “how do these relate to one another?” I know for myself, it’s hard to imagine a baseball player and not think about their multi-million dollar contract. But they haven’t always made millions of dollars. Every thing starts from somewhere. I often wonder, had baseball players made millions of dollars back in the early 1910s, would my Great Grandfather have decided to play baseball professionally? How would history have changed? Would I still be a thing?

Leaving the hypotheticals behind, I think the reason Major League Baseball, in addition to the NHL, NFL, NBA, etc., have grown to where they are today is because they have had time to mature (current politics and situations aside). Do they only care about making money now and not growing their respective games? Maybe. But have they gone through bumps in the road? Yes. You develop lifelong fans through generations, not overnight. Take the XFL, for example. They (whoever created the league) has tried twice to throw millions of dollars at a slightly different version of football and it failed both times in its first season. The road to greatness is not a vertical line, it’s not instant. There’s a reason nobody knows one-hit-wonders’ other songs. The road to greatness is an exponential growth, aging like a fine wine.

Blueberries and flowers around the house after some rain. /\\ 7-16-2021
Some wild strawberries growing in the yard.
A few frames from the @connecticutwhale free agency camp yesterday.
It is always sad when another hockey program shuts down. A few days ago, Robert Morris University decided to shut down both their men's and women's ice hockey programs.
"The Anchor and the Sail"
When you finally find your kyber crystal.